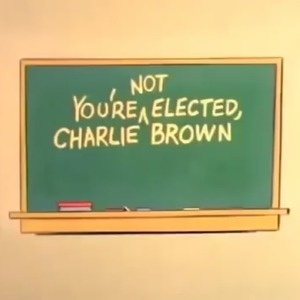 Josh and Molly run at 1972's You're Not Elected, Charlie Brown, a thin gruel of a political sendup.